If you don’t have a stovetop — say you’re a college kid in a dorm or you live in a studio with a kitchenette — I could understand cooking French toast sticks in an air fryer. Otherwise, I don’t see why you would ever make a viral TikTok recipe promising great French toast in an air fryer.

Hear me out…just use a pan instead.

That’s not say the air-fried French toast I tested out was bad. On the contrary, it was pretty tasty. But I didn’t see any added value in using an air fryer. If anything, it created more of a mess and a slightly worse product than your standard pan method.

Regardless, here’s what you need to know about the recipe, which has racked up 7.5 million views.

**An important first note: Unless you are using the world’s thickest bread I do not think there is any reason whatsoever that you need to cook your French toast for so long at such a high temperature. The recipe from @arimonika must either have a mistake, or they used incredibly thick bread, or their air fryer is weak, or some combination of all of the above. I used thick-cut brioche and it was ready in a couple of minutes. So please, you almost certainly need to adjust your cook time down and probably lower the heat as well. As always with an air fryer, check on your food as it cooks.

Otherwise the recipe is pretty self explanatory. It’s your standard French toast procedure, with the added step of a post-cook, cinnamon-sugar dip. Just, if you can, try to get the thickest bread possible so your French toast doesn’t dry out. Plus a thick stick is better for dipping.

Otherwise…just follow directions. Here’s how the process looked for @arimonika.

My final product looked a little different. My bread wasn’t quite as thick and the directions, frankly, call for way too high of heat for way too long. What piece of French toast takes 13 total minutes to cook? So here’s what I got while taking my French toast sticks out after just a few minutes of cook time, 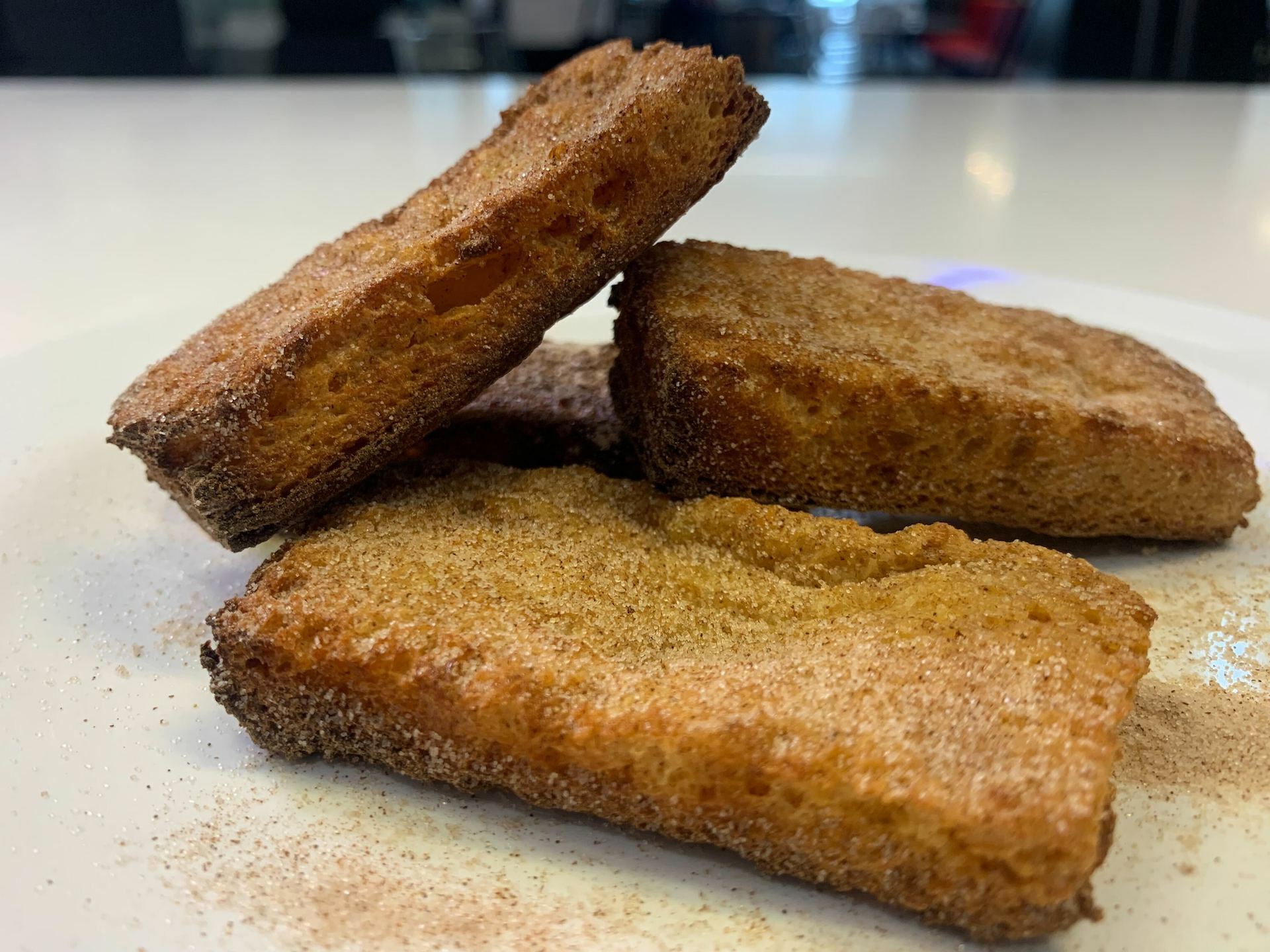 The verdict? Not bad! The outside was crunchy with a light coating of cinnamon-sugar. The interior of the French toast left something to be desired. It was a little dried out for my taste, but it was in no way bad. How bad could it be bad? It’s French toast coated in cinnamon and sugar. But I couldn’t help but think…why did I create more of mess when I could have just used a pan?

At the end of the process, I had to wash the air fryer trays, the air fryer itself, and store the big device. If you used a pan meanwhile, you’d simply just wash the pan. Sometimes things are best left as is.