The spring Arizona Restaurant Week is here. While the biannual event has returned to its pre-pandemic self, restaurants themselves have not.

The coronavirus pandemic altered the way Restaurant Week worked, switching it from 10 days of gathering and celebrating the metro Phoenix food scene to a socially distanced, takeout-focused festival.

As Arizona restaurants reopened over the past year, the event has been getting back on track. The Fall 2021 event invited customers out to eat. Prix-fixe menus were set and restaurants prepared for a rush.

Now, with the event fast approaching, restaurants are once again gearing up. But everything looks different now. There are fewer staff members to prepare and serve the food. Those who are there are different, working in a strange environment. And the cost of ingredients has shot way up.

So as Restaurant Week approaches, aiming for its former glory, the restaurants themselves brace, waiting to see if everyone can pull it off.

Arizona Restaurant Week happens twice each year. For 10 days, a host of restaurants offers three- or four-course fixed menus at a reduced price. This year’s spring event starts May 20 and runs through May 29.

Arizona Restaurant Week was created to introduce people to local restaurants they might not otherwise try, boost Arizona’s reputation as a food destination, and help get customers into restaurant seats. So far 109 restaurants from all over the Valley have signed up, according to the event’s website, including American, Italian, Mexican, Asian, steak and seafood, Caribbean, and Cuban food spots.

Prices range from $33, $44, or $55 per person, with some restaurants offering deals for couples. Last year, 120 restaurants participated. This year, the Arizona Restaurant Association is hoping for over 130.

Restaurant Week previously inspired fans with questions of when, where, which restaurants, how much, and what types of food? Then the pandemic hit and what was left of Restaurant Week was relegated to takeout.

As Phoenix gears up for this year’s event, organizers hope Restaurant Week will return to its full former glory. On the surface, customers can visit their favorite restaurant and gobble up the food. However, behind the scenes, it’s a completely different story.

The restaurant landscape has changed significantly and restaurateurs are facing major challenges. According to the National Restaurant Association (NRA), the largest trade organization in food service, restaurant and bar staffing is 6.6 percent lower, or 820,000 jobs less than the pre-pandemic numbers. The Association reports that 70 percent of operators don’t have enough staff for their current demands. Arizona is no exception.

Steve Chucri is the president and CEO of the Arizona Restaurant Association. “It’s about the environment,” he said. “I will tell you in my 20 years in the industry, I’ve never seen our labor market this bad.”

This has led some restaurants, such as The Mission in Scottsdale, to pull out of Restaurant Week altogether.

When it comes to the reasons behind the staffing shortage, some have blasted restaurants for not paying enough, but many in the industry say that’s not the case.

“The restaurants are paying the highest ever,” Chucri said. “I think COVID has changed the workforce for the near future if not indefinitely. We are competitors with the gig economy, which brings flexibility in schedule and attire and still pays tips.”

Staff Has Changed Throughout the Pandemic

the larder + the delta’s Stephen Jones: “Our industry lost millions of seasoned professionals, and what got replaced by it was individuals who lack skills in the field.”

Aside from labor shortages, the workforce is not the same, restaurant owners say.

“Our industry lost millions of seasoned professionals, and what got replaced by it was individuals who lack skills in the field,” said Stephen Jones, chef and owner of the larder + the delta, a contemporary Southern food restaurant in downtown Phoenix. “Restaurants lost a lot of internal culture. Now you have people who haven’t worked together, or done it before, trying to work together. That’s why you see irregularities in service,” Jones said.

In addition to COVID-19, international events such as the war in Ukraine continue to disrupt the supply chain and impact food prices. Corn and soybean prices doubled in 2022. Chicken and egg prices are up. The Bureau of Labor Statistics reported that food prices rose 8.8 percent in the past year, marking the largest annual increase since 1981.

Yet while these policies were helpful, the economic stress of the pandemic lingers, restaurateurs say.

“The to-go cocktail was 100 percent helpful. It helped us and a lot of my friends who own restaurants,” Jones said. “Still, that was a drop in the bucket. I know restaurants that are still not open. Even though the restaurants received PPP (Paycheck Protection Program loans), they are taxed on those. People have to make sacrifices to pay them.”

How Are Restaurants Coping?

To meet the challenges, many restaurants have embraced technology since the pandemic. Having a QR code to direct customers to a digital menu allows restaurants to change menus based on supply prices in real time.

Other digital tools include contactless bill pay and mobile ordering apps. Some restaurants now have ordering kiosks to reduce the need for staff, while others use ghost kitchens to decrease their space requirements. Yet others have added packaged foods, DIY, and meal subscriptions.

To mitigate rising costs restaurants have employed strategies such as doing away with free bread baskets, using only fruits and vegetables that are in season and readily available, and closing for more days per week.

“We went from being opened six days a week to five [Wednesday to Sunday],” said Jones. “A lot of restaurants in other states have started closing on Tuesdays, too.”

Jones also reduced his menu from 17 dishes to 13. Nationally, supply chain shortages have led 80 percent of restaurants to change their menus, according to the NRA.

What Does This Mean for Customers?

While restaurants are dealing with these issues behind the scenes, the nature of the hospitality industry is to try and keep the experience seamless for customers. However, some spillover can’t be avoided.

At some restaurants, there are only enough staff members to serve a small number of tables. For customers, this can result in a long wait even though empty seats may be visible. Other restaurants are dealing with a lack of staff and uncertain food needs by requiring reservations. That way, restaurants can avoid waste.

While restaurants are adjusting on the fly as prices and staff change day to day, some hope to offer a meal consistent with years past for Arizona Restaurant Week.

“We have felt the supply chain effects, and it has reflected on our prices, but for restaurant week, we are keeping the prices similar to previous years,” said Alex Wilson of Citizen Public House in Scottsdale. “For Restaurant Week, we do the lower-priced options.”

Not all restaurants are able to follow suit. This is the first year some of the Restaurant Week prices have reached $55.

“Restaurant Week has been going on for 17 years and this is only the third time we raised the prices,” Chucri said. “We want to make sure restaurants are as affordable as they can be, but we also have to navigate through our own costs.”

Restaurant Week Hopes to Get Customers in Seats

Dr. Sergio Turner, an economics professor at Tufts University, explained two challenges he sees within the restaurant industry: the high cost of labor and supplies, and a general switch of customers preferring fast-casual and takeout options to traditional, sit -down restaurants. 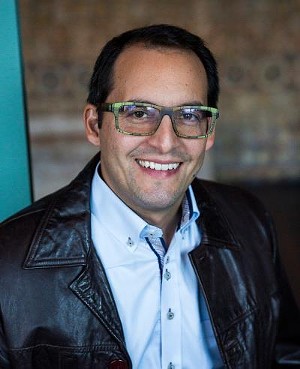 “There are two types of restaurants: those with pricing power and a few replacement options, versus those with little pricing power and many replacement options,” he said. “The former can raise prices without losing much business as patrons have large budgets of which food is a small fraction. However, if the latter raise prices slightly to cover higher costs, they risk losing much business to substitutes.”

Restaurants with little pricing power may operate on even tighter margins than usual or switch to cheaper operating models that require less staff such as offering takeout only, the professor estimated.

Chucri confirmed some of Turner’s predictions.

“To-go has a whole new meaning now. Those numbers are taking off in a large way. The fast-casual industry is booming because of it, even if a drive-thru is not associated with it,” he said.

As for local restaurants during Restaurant Week and beyond?

“We still need people to come out and support,” Jones said. “Support small businesses, especially those who made it through the terrifying portion of the pandemic. We are still dealing with that. None of our numbers are back to what they were before.”

So this year, while staffing up for the event may be daunting for restaurant owners, the event could bring a much-needed financial boost. In Phoenix, people who might ordinarily order takeout are looking forward to returning to their favorite local spots for Restaurant Week.

“Not every dish keeps when you order takeout,” said Lexie King, a regular attendee of the biannual event. “I like the experience of a sit-down dinner during Restaurant Week.”