US consumers are hanging tough and continue to spend on packaged foods at the grocery store despite the fact inflation is running at its highest pace since 1981.

But the current state of the American consumer is difficult to get a handle on, something the CEOs of food manufacturers large and small are trying to gauge as they deal with significant and frequent cost increases throughout the supply chain, from ingredients and packaging to freight and labor. 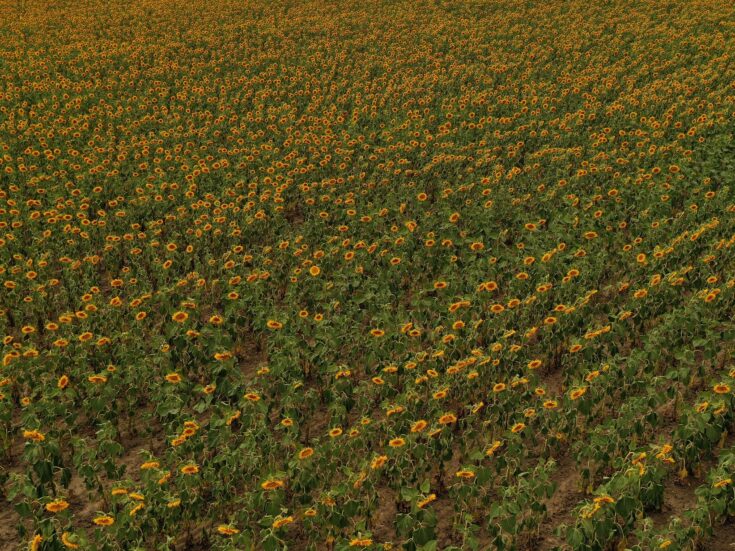 What’s not difficult to get a handle on is the reason consumer confidence remains relatively high. For perspective, in 1985, when inflation wasn’t as high as it is presently, the bellwether Consumer Confidence Index was at 100, seven points lower than it is this April. At the moment, Americans are experiencing one of the hottest job markets in decades, marked by low unemployment and high demand for workers, which is boosting wages.

Despite experiencing higher monthly grocery bills since the start of the year due to fast-rising inflation, consumers continue to spend on packaged foods, produce, dairy and fresh meat at the grocery store. Wage increases, either from existing employers or achieved by switching jobs, have provided an inflationary cushion, at least so far.

How long this will remain the case is nearly impossible to predict. The US Federal Reserve, for example, is attempting to put the brakes on inflation by upping interest rates but historically it takes a considerable amount of time to see positive results from this tactic.

What’s easier to predict is food inflation isn’t going to go away anytime soon, not only because of inflation in the economy but also due to the war in Ukraine. The continued supply chain boondoggle is also still a factor. That hasn’t recovered from the pandemic shutdown and likely won’t recover this year, particularly with the shocks to agriculture and food production caused by Russia’s invasion of its neighbor.

In a new forecast released this week, the World Bank warned the war in Ukraine is set to cause the “largest commodity shock” since the 1970s. In other words, the worst is yet to come when it comes to ingredient costs for packaged food companies and prices at the grocery store.

The report says to expect higher price increases in everything from natural gas and petroleum to sunflower oil and wheat. In terms of agricultural commodities, wheat is forecast to increase 42.7% and reach new record highs in dollar terms. Other notable increases predicted are 33.3% for barley, 20% for soybeans, 29.8% for oils and 41.8% for chicken. The increases could be smaller for the US because of its significant domestic agriculture production and output – but not much less.

Management teams at major publicly-held consumer packaged goods companies like Nestlé, Unilever and Danone have also been stating publicly they expect continued cost increases across the board and, as a result, expect to continue reflecting those price increases on to wholesalers and retailers.

The reality is that, in this time of spiraling food price inflation, packaged food companies (especially smaller early-stage and emerging brands because they have far fewer economies of scale than majors do) have little choice but to reflect these constant and frequent increases on to their wholesale and retail partners, which in turn reflect the price increases to consumers. There has also been plenty of “margin eating” taken already by brands large and small, which can be an insidious practice if the bite is too large and lasts for too long of a duration. Freight cost increases alone are so frequent right now, for example, that the percentage increase from one week or one month to the next in and of itself can eat a margin point or three out of a brand’s set gross margin.

There’s uncertainty even at the biggest and the best packaged foods companies about the state of the consumer and inflation in the US food market. We’re in relatively uncharted territory in terms of recent history.

Prices will continue to have to be raised. One danger in this – and we are already seeing it to a small degree – is consumer trust in brands and the industry as a whole will erode. Price-sticker shock at the grocery store can have that effect, as can public reports of record revenue and earnings by publicly-held packaged food companies, some of which we’ve been seeing lately.

Be transparent on price

My top advice to packaged food companies when it comes to price increases – and consumers, as well as retail and wholesale customers, are stakeholders – is to be completely transparent when making them. Brands and the industry need to do a better job of explaining to consumers and customers just how serious the cost pressures are. In my work with brands, for example, I haven’t found one aspect of the business where costs aren’t increasing and, in most cases, increasing regularly. Full transparency might sound trite but it isn’t. Doing so will share dividends for brands.

This won’t be popular with a lot of people but I also endorse some moderate “shrinkflation,” or reduction in package sizes. I’m not even adverse to brands touting it. “We’ve reduced our 14-ounce package of boxed macaroni and cheese to 12oz instead of raising the price,” they could say.

Shrinkflation must be done on a product-specific basis, and the size of the shrink must be small. I don’t advise reducing the size of a gallon of milk (128 ounces) to, say, even 127 ounces. It’s an iconic product size in the minds of consumers and still considered a staple.

But it worked for ice cream, which is more of an indulgence item in the minds of consumers. In the US food market, until the 1990s, the half-gallon (64 ounces) of ice cream was the standard. People even referred to the product by its size: a half-gallon of ice cream. Today, it’s hard to find a half-gallon of ice cream that’s actually a 64oz half-gallon. The two leading national brands, followed by most others, shrunk the traditional half-gallon down to 56 ounces. It was reduced again some years ago to 48 ounces, which it is currently. Consumers have accepted it, although it’s received a lot of bad press over the years.

Recipe and packaging changes can play a role

General Mills has embarked on the former with some of its brands, substituting ingredients that are less difficult and less costly to obtain. Remember: we’re in an ingredient shortage economy, as well as a higher-cost-for-ingredients economy. This can be done in many cases without changing the taste of a product and can result in a lower cost of goods for the product, which can not only enhance margin but also play a major role in how much to increase the cost of a product. It is something well-worth exploring for food companies of all types and sizes.

Packaging is an area that offers potential cost savings for brands, both in costs of goods and potential freight savings. Paper costs less to ship than plastic and plastic costs less to ship than glass. The packaging chosen must fit the overall brand image but rebranding is such a common thing today it’s not a major issue as long as the change in packaging isn’t done in isolation from the other elements that go into what makes a brand a brand.

I’m also starting to see some innovation out there, including paper bottles to replace plastic. In fact, I expect the current environment will actually spur all sorts of innovation, including in packaging, shipping and ingredient procurement. Such innovations take time to bear fruit though.

The rest of the year will see rising costs across the board for packaged food companies. Consumer confidence is uncertain. If, for example, unemployment rises significantly and the job market contracts, resulting in a flattening of wages, it’s an entirely new ballgame, as will be the case if (as some economists are predicting) recession could come at the end of the year or in early 2023.

The downside for major brands is a significant segment of consumers is starting to trade down to less-costly store brands, although thus far it hasn’t been a significant hit for most brands.

But that can change fast. And this is where brands, particularly the majors, need to be extra cautious when considering how much and how frequently to raise prices to retail and wholesale customers.

Just Food columnist Victor Martino is a California-based strategic marketing and business development consultant, analyst, entrepreneur and writer, specializing in the food and grocery industry. He is available for consultation at: victorrmartino415@gmail.com and https://twitter.com/VictorMartino01.

Ovens for Waffles and Galettes