Speaking to the media during a press conference in Athens. Mr French said a third of this season’s bookings are for Greece and that Thomas Cook is very positive about the prospects of Greek tourism in 2022.

According to Mr French, bookings for Greece this week are higher than for Spain in total and have consistently been higher than those for Turkey.

“Currently 30 percent of our bookings are for Greece, while bookings for some popular Greek islands, like Rhodes, are already seven times more than last year”, Mr French said while also informing that Greece was the company’s best selling destination in 2021 as its Covid-19 travel rules were easy to follow and did not change as much as they did in other countries. 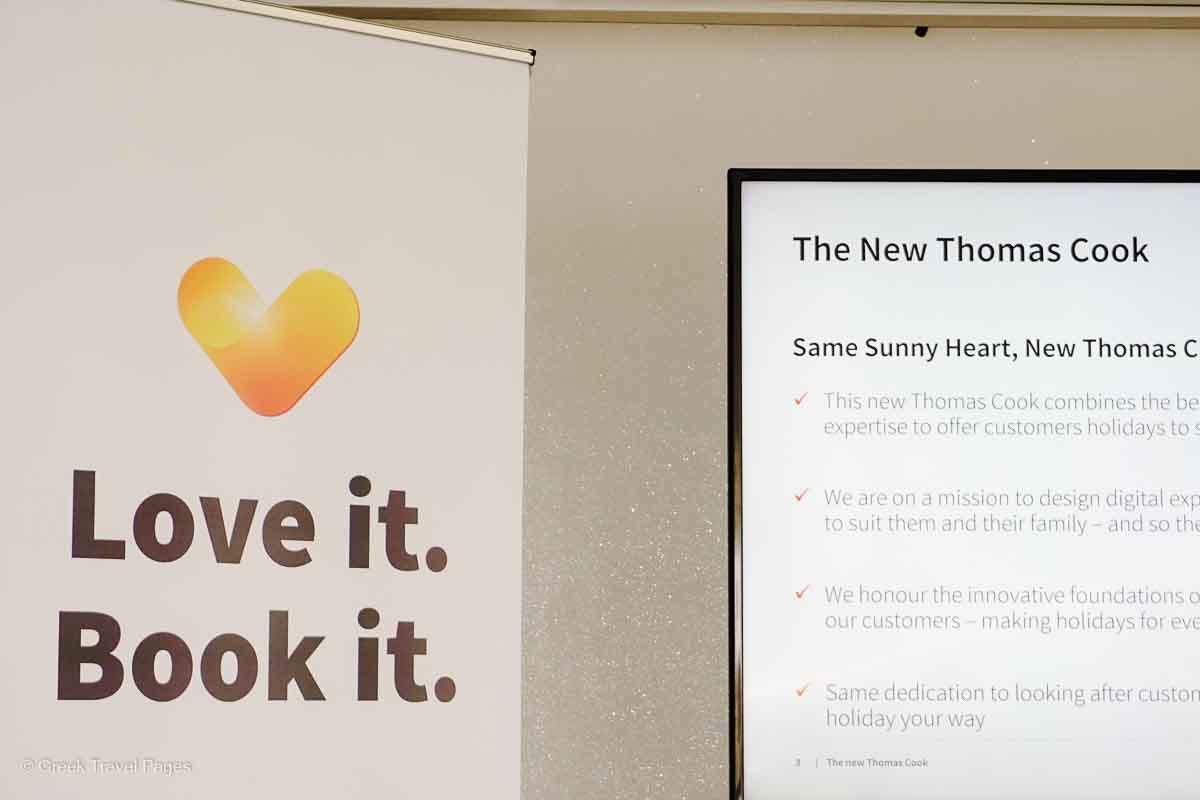 The new Thomas Cook, that emerged after its relaunching as an online-only travel business by the international conglomerate Fosun Tourism Groupdistributes hotels and flights, packages them and then distributes them digitally.

“Greece plays a huge role in global tourism, and for Thomas Cook holidaymakers in particular, it is one of our most popular destinations. Greece is a fantastic country offering a wide range of holidays to suit all travelers throughout the year, so we expect its popularity to continue,” said Mr French.

According to the company’s CEO, the company’s new flexible model enables Thomas Cook to offer a huge variety of holidays in Greece for customers in the UK and Netherlands where it recently launched.

“We want to take full advantage of the many and varied airlines into Greece and types of accommodation to offer our customers choice and flexibility”, he noted, adding that the company’s strategy on Greece is already bearing fruit.

Rhodes most popular island for customers 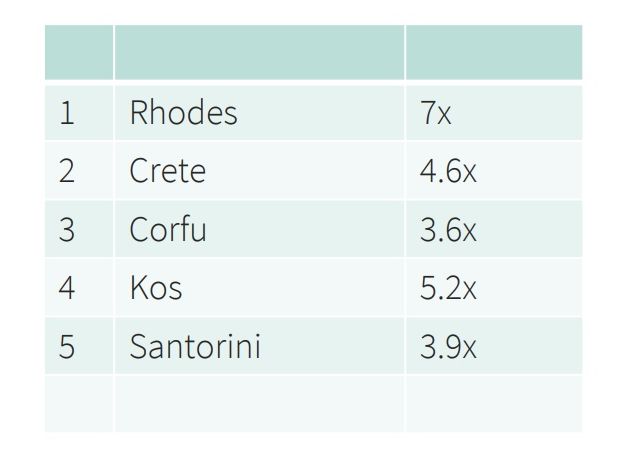 For all the aforementioned destinations, there is already a quite big increase in bookings comparing to 2021. In specific, bookings for Rhodes is seven times higher than last year, for Kos is 5.2 times higher, for Crete is 4.6 higher, for Santorini is 3.9 times higher and for Corfu is 3.6 times higher.

Referring to spending habitsMr French highlighted the fact that spending continues to increase as people indulge in 4-star, 5-star and more all-inclusive hotels.

The company’s data about Greece shows that 45 percent of the travelers prefer 5-star Greek hotelswhile 58 percent tend to all inclusive hotel packages.

At the same time, the average holiday spending for travelers to Greece is estimated at 2,600 eurosan increase of 5 percent comparing to last year. 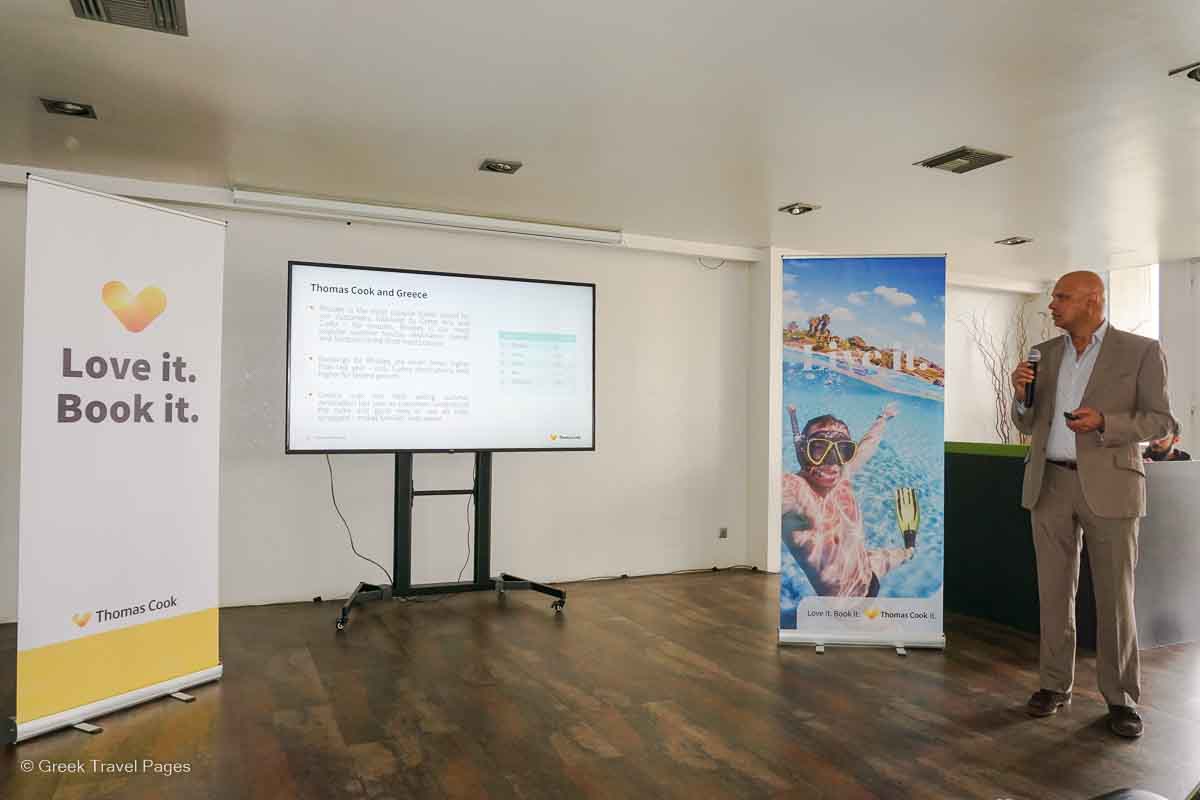 The new Thomas Cook launched amid the Covid-19 pandemic in September 2020. Fosun Tourism Group acquired the brand and online assets of Thomas Cook in November 2019, following the company’s collapse.

According to Mr French, the company has managed to overcome the challenges of the pandemic and achieve a high record of more than 25,000 bookings in the UK during last year, while growing a strong database of c.100,000 customers.

Regarding the impact of the war in UkraineThomas Cook’s CEO noted that bookings are higher now than they were six weeks ago and customers seem to be less concerned about the war.

In addition, he pointed out that customers are booking even closer to departure than last year. “Fifty-two percent of our bookings are for the next 10 weeks,” he said.

During the press conference, Mr French underlined that Thomas Cook operates under a new financial model, where all customers are protected in an external trust.

“A CAA-approved trust model means that all customer money is protected outside of the business, while suppliers and customers can be assured that in the event of the worst happening, their money is safe and the holidays can go ahead as planned,” Thomas Cook’s head said.

Thomas Cook’s new financial model that ensures the money of its customers was discussed between Mr. French and the president of the Greek National Tourism Organization, Angela Gerouon Monday. 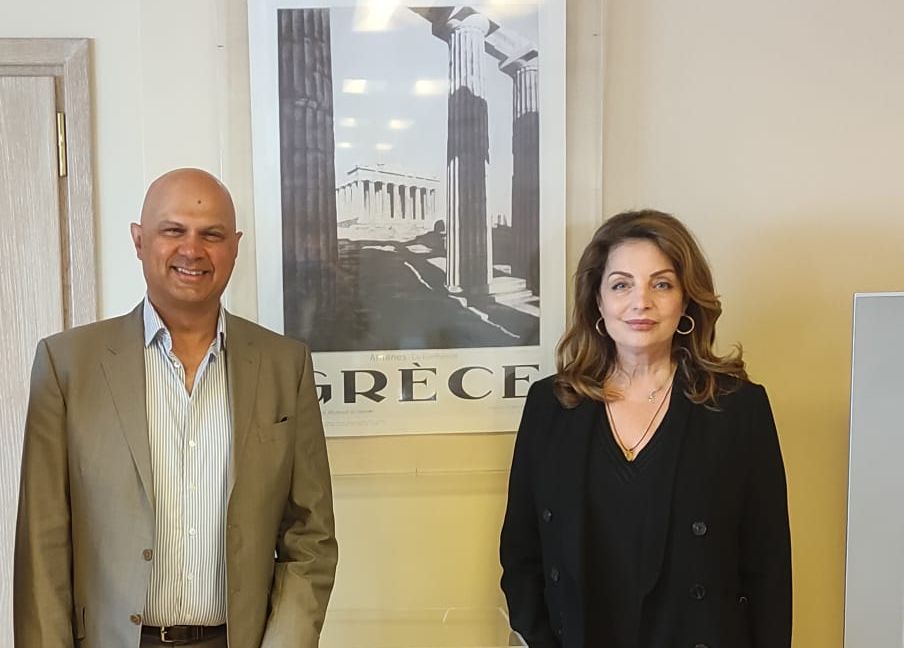 During a meeting at the GNTO office in Athens, the company’s past mistakes were discussed and both parties agreed that they should not be repeated. Moreover, they discussed ways to promote Greek tourism throughout the year as well as modern practices of sustainability in the country’s tourism product.

While introducing the new Thomas Cook, Mr French said his three key messages to the Greek market are:

“First, Thomas Cook is back and we’re different than what we were before. Secondly, in cooperation with the Greek tourism industry, we’re doing a good job selling to the UK customer. And third, there are further opportunities for us to explore this year with the Greek market (with local hoteliers) as we go forward.”

As he mentioned during the press conference: “It is our strategic decision to step up our operations in the region with the expansion of our partnerships with the Greek hotel industry.”

follow GTP Headlines on Google News to keep up to date with all the latest on tourism and travel in Greece.